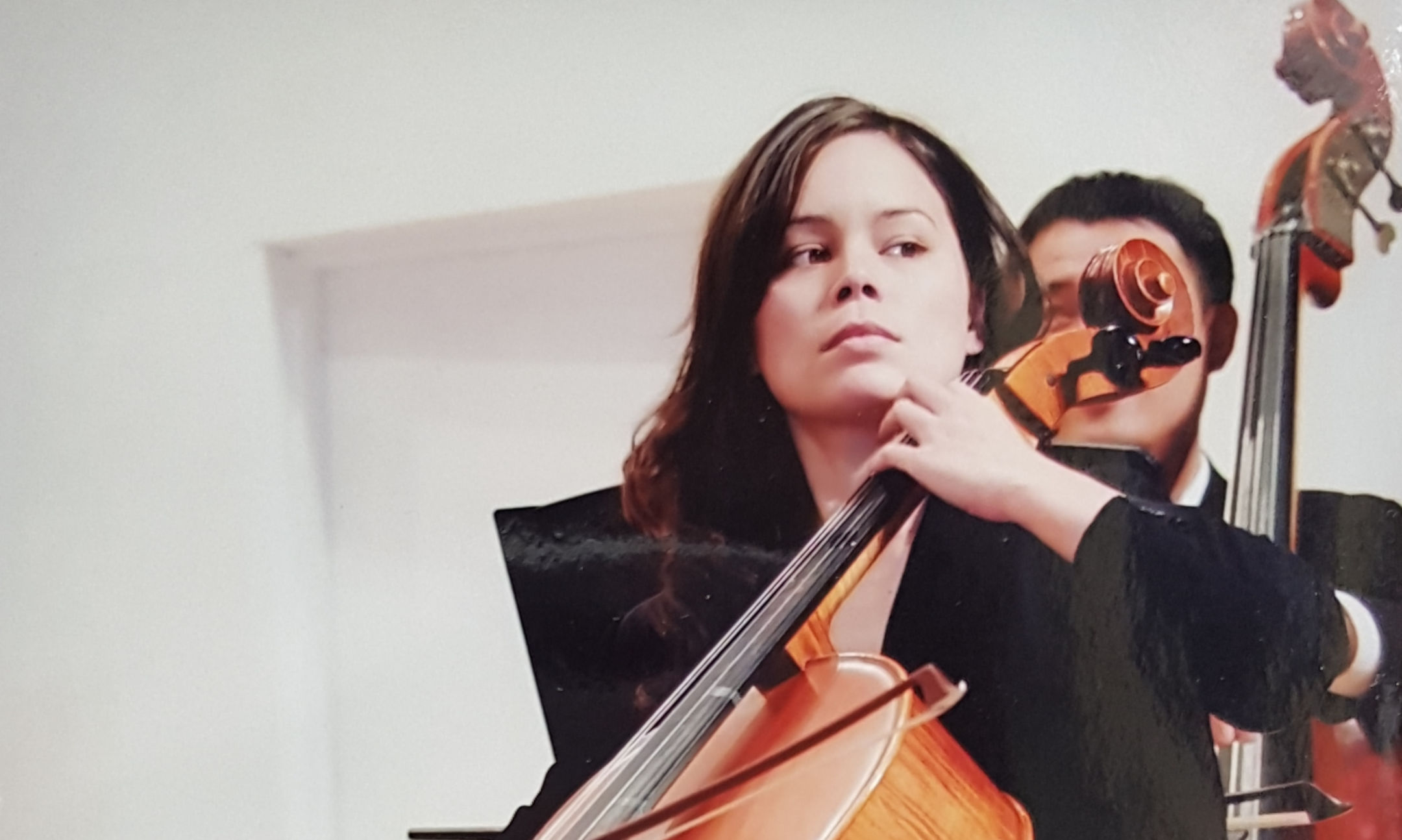 Looking forward to her solo performance at our spring concerts in November, Evalyn Legried is a Brisbane based performer, researcher, and educator.

Most recently, Evalyn performed with Eminem in Sydney for the Australian Rapture Tour, appeared as guest speaker for Musica Viva (pre recital talk for Natalie Clein & Katya Apekisheva in recital), and looks forward to performing the Saint-Saens Cello Concerto in A minor with the Noosa Symphony Orchestra.

Career highlights include: performing with the Qld Ballet, National Geographic, 'Close Encounters of the Third Kind - in Concert', 'Love Actually - in Concert', 4MBS broadcast of solo performance - 'Benedictus' from Karl Jenkins 'Armed Man' with Brisbane Symphony Orchestra, touring with Darren Coggan and his Glen Campbell show `Like a Rhinestone Cowboy`, 'The Whiltams' 25th Anniversary Tour - QPAC, performing with Rhonda Burchmore and the Qld Pops Orchestra, and appearing as soloist for QCGU production of 'Elegie for Angels, Punks, and Raging Queens'.

In 2017, Evalyn graduated from the Queensland Conservatorium of Music with a Master of Music Studies (Performance, Advanced Standing) with Distinction. During her time at the Conservatorium, Evalyn earned the Griffith Award for Academic Excellence for all years of her Masters degree and was the winner of the Basil Jones Sonata Prize (2015), and finalist in 2016 & 2017. Evalyn also holds a Bachelor of Music (2007), Graduate Certificate of Music Studies (2015), and qualifications in Kodaly Secondary Music Education and TESOL.

As a researcher, Evalyn’s area of expertise is the life and music of composer and educator John Gilfedder. Evalyn also researches historic manuscripts and holographs for scholarly editing and publication.

As an educator, Evalyn has taught music and ESL across Queensland and South Korea for 20 years. She especially enjoys directing student string orchestras and cello ensembles.